You are here: Home / Archives for Places / Mountain

210 mm so far in October and only 3 days without rain.
This is a colour photograph…
Love this image? Gallery quality prints are now available starting at $95 for a 12 x 8 size. Just note the image title or post address (URL) above and get a quote here. 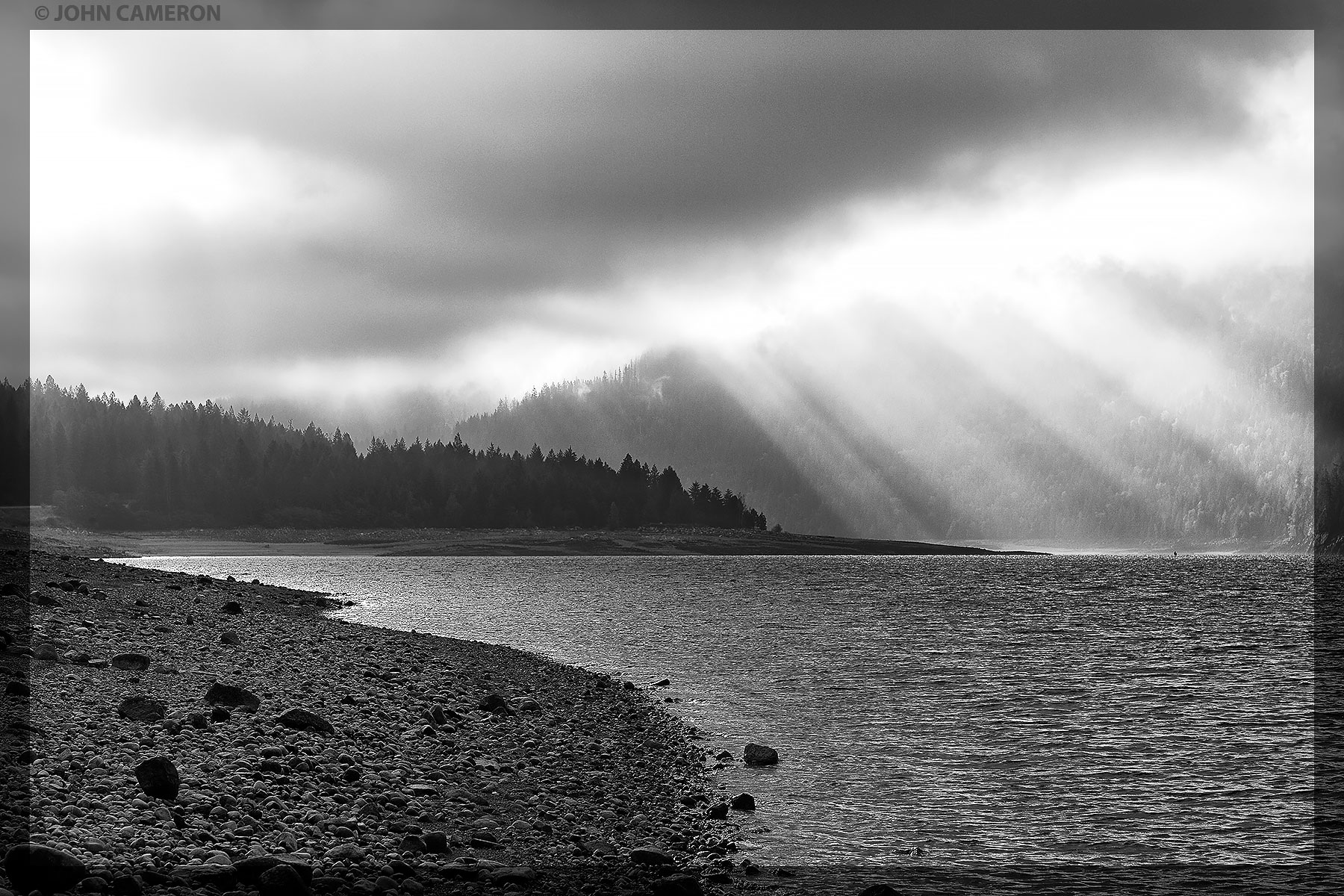 This beach, below the day’s campsite, is above the Keenleyside Dam and Castlegar. This is the lower most portion of what used to be called Lower Arrow Lake.

Stunning sky to wake up to.

Sunrise from the campsite at Davis Creek Campground on Kootenay Lake

Having lucked into campsite #25, we  stayed two nights at this provincial campground in Kootenay Lake Provincial Park just north of Kaslo BC. The weather was perfect and the view magnificent. This site is at the far end of the campground and came complete with the sound of Davis Creek racing  down over the smooth stones and into the lake. 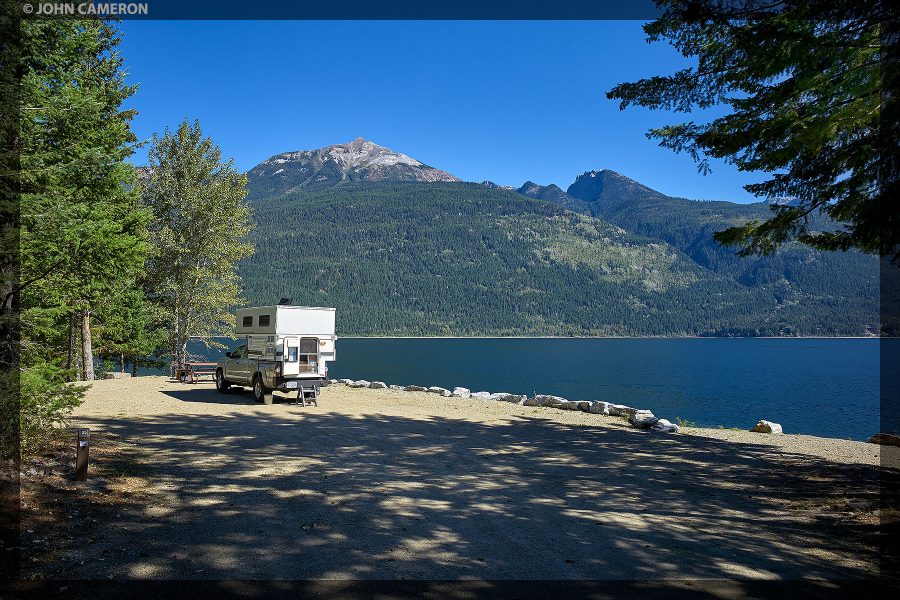 Large, lakefront campsite on NW shore of the lake

Moonrise from the Campsite 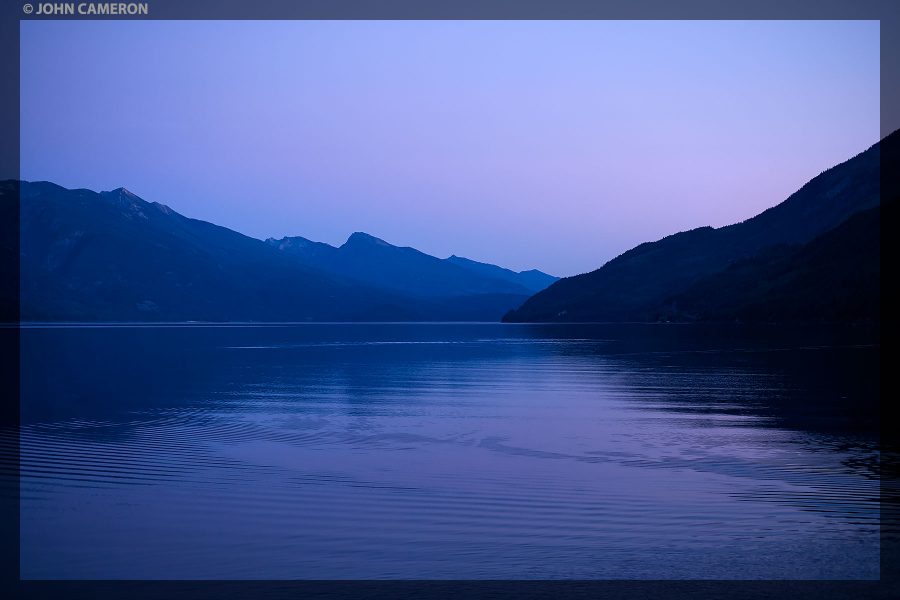 After a challenging (steep, very narrow, twisty, rough) 12.5 kilometer drive from Sandon there are two breathtaking trails to the top of Idaho Peak. The photo above is approximately one-quarter of the 360º view at the top (from the former forestry lookout). Each part of the 360º view is equally stunning.

If you look closely you can see a trail on the lower right side of the image. This is the final part of the trail along the ridge to the summit. Look even closer (at the bright green patch in the center of the image) and you might see the trail cut across and disappear into the trees.

Bonus:
Here’s the trail we took to the top (the foreground of this image is that green patch at the centre of the top photo). And yes the ground was frozen on September 24th; there’s some snow around and the path is very narrow in spots. One slip and you’d be down with the black bears and the grizzly that were seen below—one half hour earlier.

The lookout at the peak is that little box on the top right of the image. We saw two hang gliders around this time during our hike. And ten minutes later, met a man heading back down to his truck; his buddies—the hang gliders—needed no further assistance as they would be landing back home in New Denver. (from the peak, you can see all of New Denver and Silverton)

Bonus 2:
Here’s a last look more or less westward taken during the final part of hike to the peak. We had calm winds, mostly blue sky with just enough clouds to keep things interesting. A great number of photos were taken that afternoon, we hope you enjoy these three and perhaps visit Sandon and Idaho Peak one day.

Receive notification with each photo update: