You are here: Home / Archives for Sports / Sailing 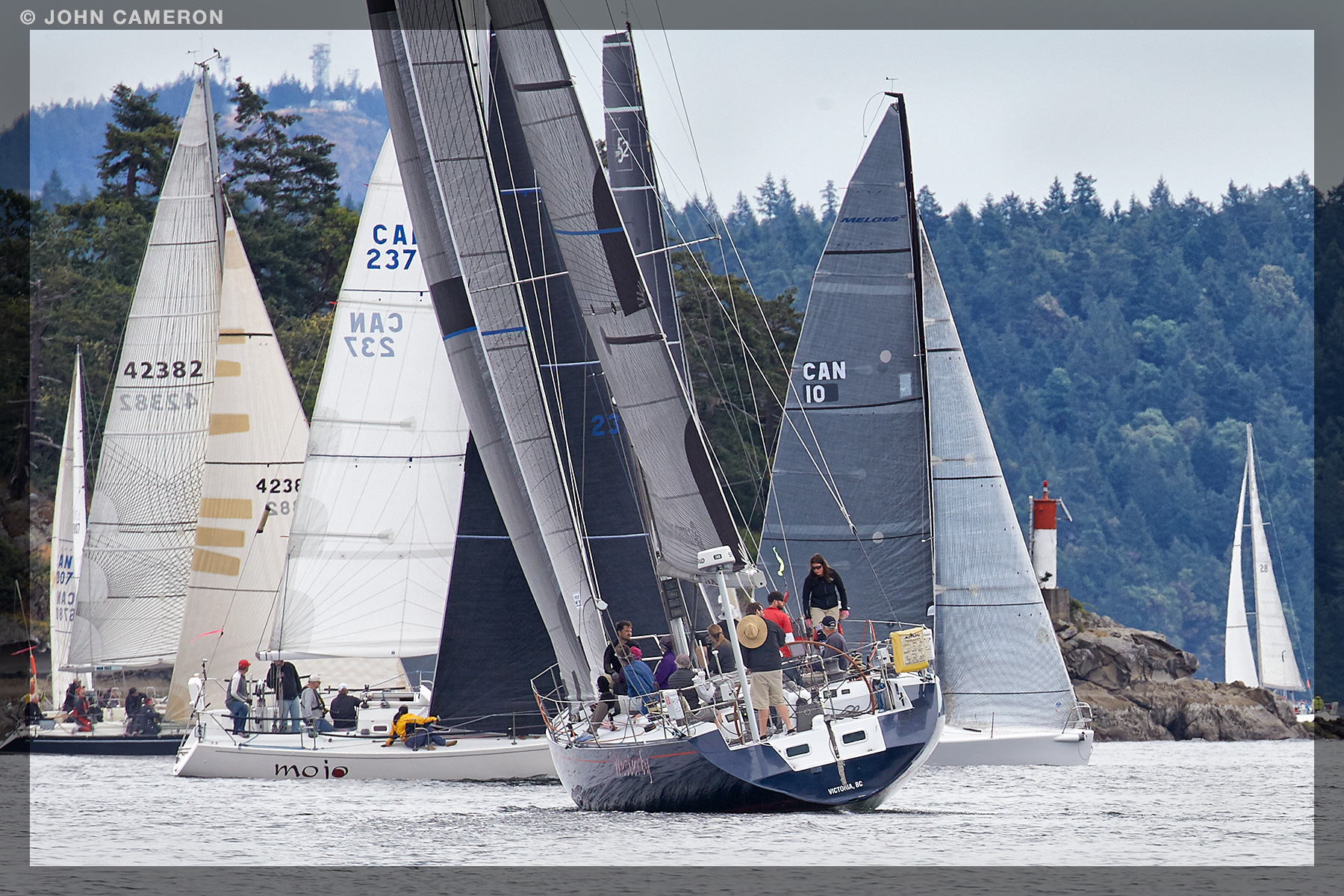 The crew aboard Westerly, a Santa Cruz 70, looks unconcerned as they enter traffic and approach the hard bump ahead (Second Sister Island).

The seven starts of this year’s race included over 100 boats, light air, grey water, flat light and grey skies. Things may liven up late this afternoon.

The winner is determined by a handicap system which attempts to give all boats an equal chance of a winning time. It often comes down to how serious and experienced the crews are, being in the right place at the right time (squeaking though Sansum Narrows before the wind dies and the tide changes can save at least 6 hours), and of course, luck! The boats have until 10:30 Sunday morning to cross the finish line.

Update: 5:30 p.m. near Nose Point (both boats will cross the finish line by 6 p.m., incredible times)

Notes:
Thanks to Lynne for access to her piece of Salt Spring shoreline. The first photo is from ‘boulder beach’ near Price Rd. looking across Ganges Harbour to the Second Sister. This allowed a set of excellent quality images, one of which is presented here.

Onboard the Queen of Nanaimo

These folks have lots of time as they watch Prevost and Salt Spring islands go by. They started in Tsawwassen, stopped at Galiano, stopped at Mayne, and will soon be stopping at Pender Island. And then they get to turn around and sail to Long Harbour on Salt Spring Island.

Leaving Ganges Harbour for a tour or to see whales and other wildlife.

The BC Ferry, Howe Sound Queen, coming from Crofton on Vancouver Island nears Vesuvius on Salt Spring Island. On a good day the boat makes 13 round trips. 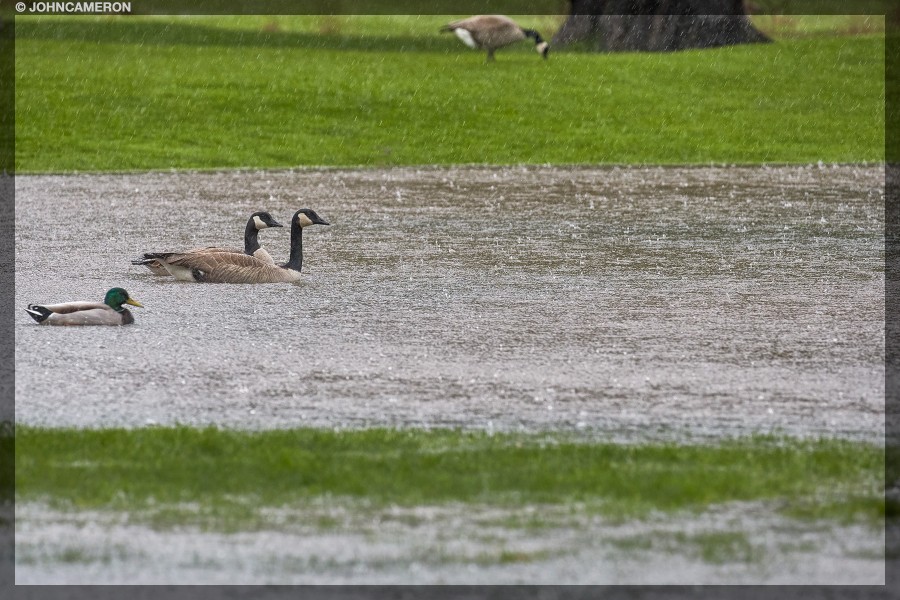 1:00 p.m. at the  Salt Spring Golf Course
In the driving rain, a Mallard duck and two Canada Geese enjoy a swim on one of their newly discovered lakes. Another goose performs maintenance and fertilization. Welcome to the Salt Spring Island Golf and Country Club.

(I’ll be donating my time the next four days to the Gulf Islands School of Performing Arts (GISPA) as part of my business cause: performing arts at Gulf Islands Secondary. I will have little or no time to do anything else so it’s likely that the next post will appear on Friday, March 18th)